Are Elon Musk and Twitter heading for a clash with Europe's 'red lines?'

Musk reinstated several high-profile journalists early Saturday, but their suspensions had already drawn a global backlash that highlighted what could be an impending showdown. 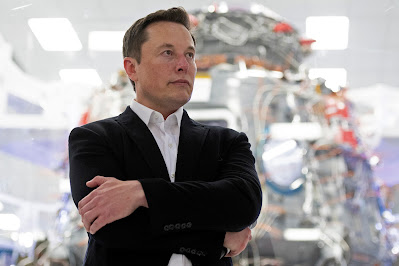 LONDON — Elon Musk’s decision to suspend several high-profile journalists from Twitter drew condemnation not just in the United States but farther afield, where backlash to the move in Europe highlighted what could be an impending showdown with the billionaire.

Leaders on the continent lined up to criticize the move Friday, adding to domestic pressure on Twitter’s new owner and signaling that his efforts to remake the social media platform may leave him on course for a clash with Europe’s tough new rules targeting Big Tech.

Musk reinstated the suspended journalists early Saturday after a Twitter poll, but he had already drawn rebukes from the European Union and United Nations.

“Media freedom is not a toy,” said U.N. global communications lead Melissa Fleming in a tweet Friday, adding that she was “deeply disturbed” by the suspension of journalists from the site.

Germany's Foreign Ministry tweeted that "press freedom cannot be switched on and off on a whim,” while French Minister of Industry Roland Lescure tweeted on Friday morning that he would suspend his account in protest until further notice. His account remains active, but no tweets have been made since.

Perhaps most notable was the reaction from senior officials of the European Union, the 27-nation bloc that has taken an increasingly robust stance on regulating the online space.

“The EU’s Digital Services Act requires respect of media freedom and fundamental rights. This is reinforced under our #MediaFreedomAct,” said European Commission Vice President Věra Jourová in a post on Twitter.

“There are red lines,” she said, “and sanctions, soon.”

The Digital Services Act will introduce a sweeping new set of rules designed to curb the power of tech companies and promote internet users' “fundamental rights online.” Coming into force in 2024, it will make platforms and search engines more accountable for illegal and harmful content online, including hate speech, scams and disinformation.

“Platforms will notably have to ensure that their terms and conditions are clear, understandable and transparent, and respect media freedom” a spokesperson for Jourová told NBC News in an emailed statement.

“They cannot be arbitrary or discriminatory in their decisions,” the spokesperson added. Failure to comply in the case of very large online platforms and search engines would result in fines of up to 6% of the company's global turnover, according to Jourová’s office.

“Rogue platforms refusing to comply with important obligations and thereby endangering people’s life and safety, it will be possible as a last resort to ask a court for a temporary suspension of their service, after involving all relevant parties,” the spokesperson added.

That broad remit ensured that Friday was not the first time that Musk has drawn the ire of the E.U. over his management of Twitter.

Following internal strife at the company in November, top E.U. official Thierry Breton warned Musk that to comply with the bloc's content moderation laws “Twitter will have to implement transparent user policies, significantly reinforce content moderation and protect freedom of speech, tackle disinformation with resolve, and limit targeted advertising,” according to a transcript of a conference call released by his office.

Musk also came under fire from European regulators when the company attempted to replicate the no-notice firing practices of his “hardcore” Twitter rebrand with mass layoffs at its European headquarters in Dublin.

But despite the strong rhetoric, experts cautioned that the E.U. may struggle to enforce its laws and hold Musk to account on content moderation and freedom of expression as robustly as it had warned.

“All you have to do is look at the E.U.’s approach to Hungary and Poland, where both countries are eroding democracy and liberal values. Any kind of enforcement can take years” said Joseph Downing, a senior lecturer in politics and international relations at Aston University’s Center for Europe.

“Elon Musk and Twitter are nimble. He can wake up one morning and snap his fingers, and by 4 o'clock, the world’s changed,” he said. “The E.U. can condemn it, they can look at laws and have a discussion, and be months or years down the line.”

Musk has accused the journalists of sharing private information about his whereabouts, which he described as “basically assassination coordinates.” Several of the suspended reporters had been writing about Twitter’s latest rule change around accounts that track private jets and Musk’s rationale for imposing it, which involved allegations about a stalking incident he said affected his family.

“The European legal arsenal is not sufficient to oppose acts of arbitrary censorship” said Ricardo Gutiérrez, general secretary of the European Federation of Journalists.

“While platforms are pervasive in everyday life, the governance across the scale of their activities is incomplete and insufficient,” he said.

E.U. officials have also estimated they will add more than 100 full-time staff by 2024 to enforce the Digital Services Act and other new rules on digital competition. Member countries also will have to hire more people to police smaller platforms and coordinate with Brussels.

But the legislation is designed more to ensure social media companies take harmful content down rather than petitioning to keep specific content up — even when that content comes from news services, according to Downing.

“The Digital Services Act is unprepared for this kind of problem, because it’s not designed for that,” said Downing, speaking of Thursday’s suspensions of tech journalists.

“There was never a conception that journalists would be banned from Twitter, because that’s not what Twitter does,” he said.

Are Elon Musk and Twitter heading for a clash with Europe's 'red lines?'